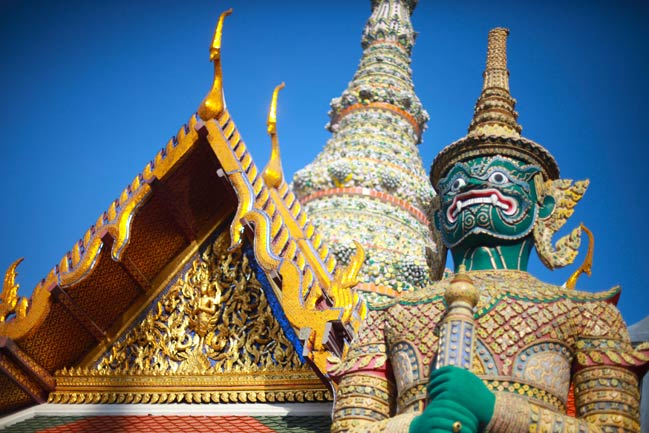 From the older ruins of Ayutthaya, we headed to something much more sparkly and new: the Grand Palace in Bangkok. Its construction started in 1782 and new additions have continued to be built. Indeed, we saw a few towers of scaffolding while we were here.
  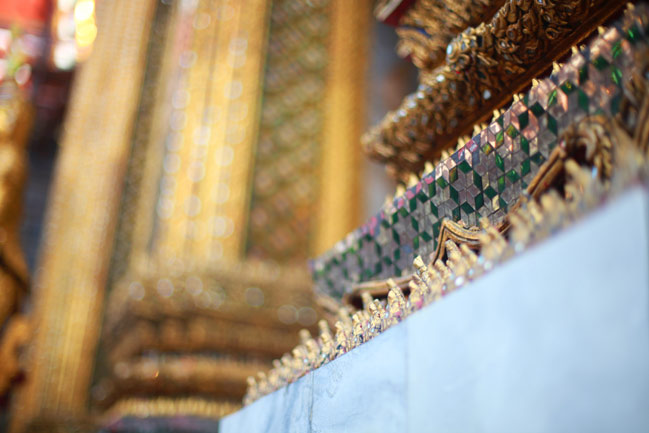 This is an expansive place, yet the tiny details are what I found most amazing. Tiny reflective tiles hand-cut and placed in mosaic patterns to make up a rich picture, at times in the way that individual brush strokes can be beautiful both in close scrutiny and upon stepping back to see everything as one full picture.
  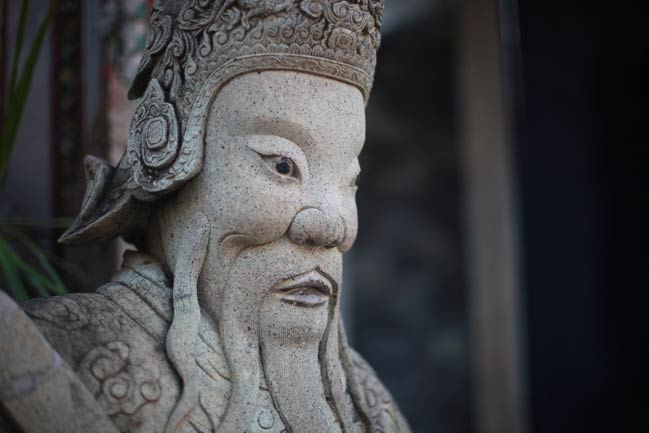 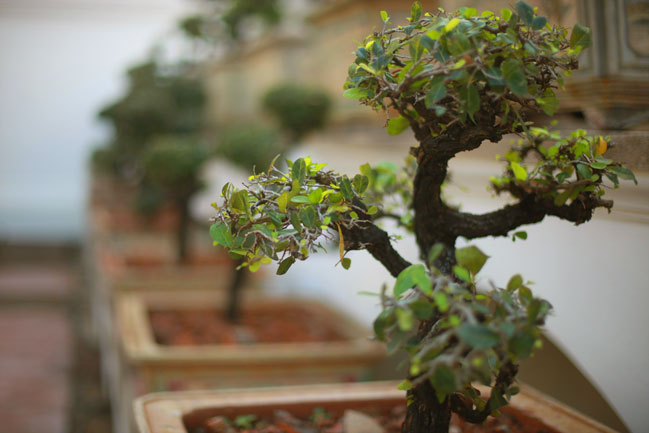 While our last stop showed styles that were consistently Thai, at this palace there were bits here and there that reminded me of other cultures. The bonsai trees and a few of the guard statues reminded me of what we saw at the palaces in Kyoto, Japan. Whether there is a real connection there, I’m not yet sure – I’m making this note here so I can look up the influences and political connections of the time and find out! (We arrived a bit late in the day to meet up with a tour guide, who probably would have known, so I’ll ask the powers of the internet when we have a better connection than today.) 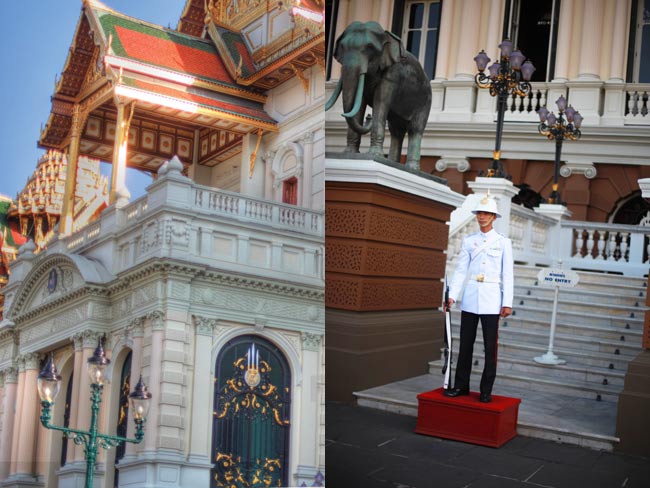 The palace has a smart dress code – our first time to test what we chose to pack in our small bags. The Boy had no problem, but I was stopped at the door for something that surprised me entirely! I was wearing a knee-length dress with short sleeves (but not sleeveless) and three-quarter length leggings. I would always think that was more modest than the same dress without leggings, right? But no – I was asked to either remove the leggings and wear the same dress with bare legs or to wear a full-length sarong, which anyone who doesn’t meet the dress code can borrow while they walk around the grounds. So no problem at all and I happily borrowed a pretty blue sarong, but it left me perplexed that bare legs would be preferred to covered! One of the ladies explained it was because anything tight would be disrespectful. Learn something new every day!
  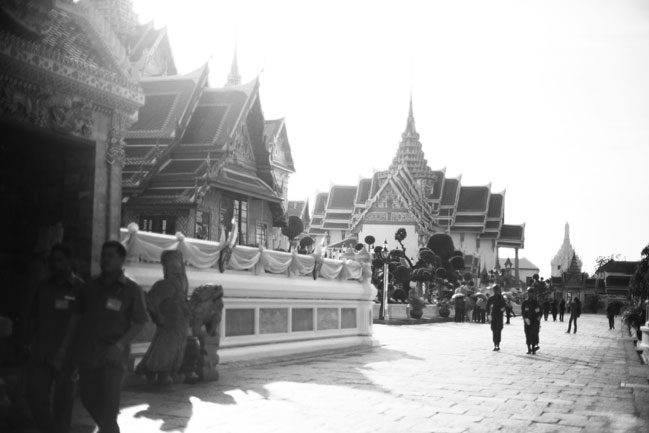 When we walked around other areas of Bangkok, there was an interesting mix of old and new, where modernisations have been added right on top of the existing culture, so you get interesting scenarios like elderly shopkeepers selling the latest in modern technology and very old buildings with signs for Western fastfood restaurants – that sort of thing. But at the palace that was notably absent. I think if you took photos here thirty years ago and compared them to today, they would look remarkably similar.

Probably something else I should try to find out, I’m sure!