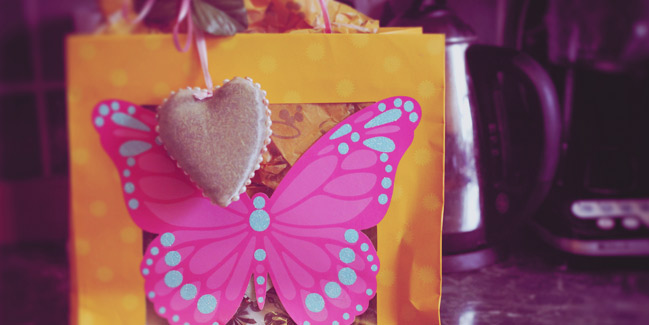 I was born in October, a long, long time ago. Or maybe not so long ago. Maybe like the perfect number of years ago. October is the tenth month of the year. So if today is your birthday, you could share ten birthday things on the tenth of the tenth month. That would be cool.

You are very welcome to join in with ten of your own things today – this tenth day of the month. On any theme you like. We do this every month, and it’s a great way to come up with topics that work for both your blog and potential scrapbook pages!

So I bring you: 10 things that made my birthday awesome this year. 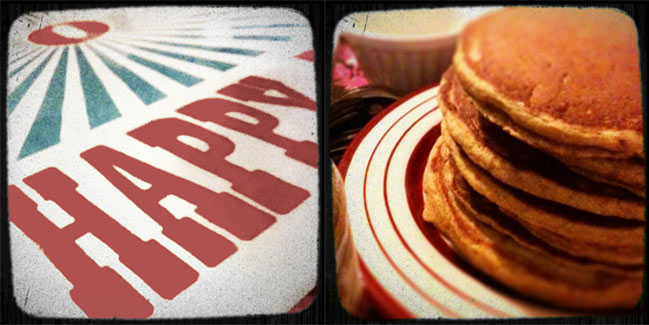 1. I accidentally opened one present early and had to wrap it up again with a bunch of packing tape so I could open it again for real. I say accidentally. I mean I received an unexpected parcel with a return address. I emailed the person who lives at that return address and said ‘oooh, surprise parcel!’ and she replied with OPEN IT OPEN IT OPEN IT. Okay, maybe not all in capital letters. Maybe not three times. But she definitely told me to open it. So I did, and I found this amazing present inside. But it was a joint present and the other gift giver was not impressed. So I promised to wrap it back up and open it again and STILL BE SURPRISED. And I love it so very much that I did just that and it was just as exciting to open the second time. Oh happy day, indeed.

2. The Boy made me pumpkin pancakes for breakfast. And they were amazing. (He says if you want a fine gentleman in your homestead to treat you with such things, you will want to suggest to them that Martha Stewart’s website is not just for girls and also find the pumpkin in the store because not all boys understand where this is located. The rest is easy, he reports. And totally yum, I report.) 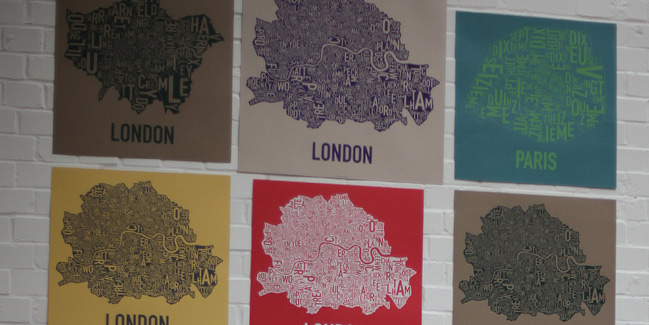 3. We hit up Renegade, the first London event from the hippest of craft fairs. Yes, The Boy went to a craft fair. He bought me the new London Neighbourhoods print from Ork Posters, which I love because it has our neighbourhood on it and I am a bit sappy like that. 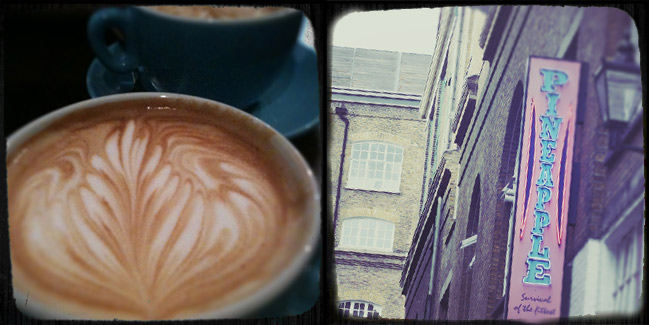 4. It was a day of many flat whites. This was the second of the day, at MilkBar in Soho. When it comes to good coffee, there is no such thing as too much of a good thing. (Which is easier for me to say because I drink decaf. The Boy may have been a bit jittery.)

5. If I don’t have to work, Saturday is dancing day. Or more specifically, dance-till-you-can-barely-stand day, because I stay for an extra class on Saturdays and usually find I pay for this on a very weary Sunday morning. And since we had plans in the morning and plans in the evening Saturday afternoon could still be dance-till-you-can-barely-stand day and this made me very happy indeed. 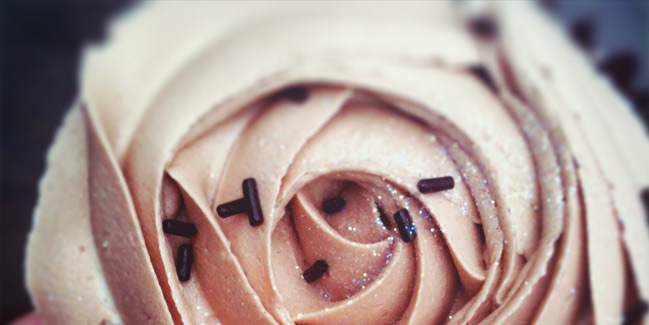 6. In the break between classes, we had cupcakes. With sparkles.

7. And when I could barely stand, I tried to change back into clothes that did not make me look like I just ran a marathon in a rainstorm so we could go out for food that is fun to say. Seriously, food tastes better if it is fun to say, right? So okonomiyaki has to be pretty awesome just by that rule. The first time I ever had okonomiyaki was from a street vendor in a park in Tokyo and it was horrible. It was actually our first meal in Japan and I was instantly terrified that this would be true for all the rest of our food in Japan and I instantly had flashes of YOU ONLY LOVE FAKE JAPANESE FOOD AND YOU WILL NOT ACTUALLY WANT TO EAT ANYTHING HERE. I imagined going home looking like I’d been on the most amazing two week diet. Instead, I found it was just one oddity and I spent the rest of my time in Japan mostly ordering mystery foods and marvelling at how fabulous they were. Not so much the diet country for me. So anyway, okonomiyaki is not horrible. It is completely lush and they cook it for you on the table, which means it’s not only fun to say, but it’s fun to watch. Love it. Also there was a dessert that involved brandy-soaked biscuits, cinnamon ice cream, coffee jelly and whipped cream. Oh coffee jelly, how I miss your combination of what is at once completely wrong and completely right. But you can get coffee jelly and okonomiyaki at Abeno. So we did. 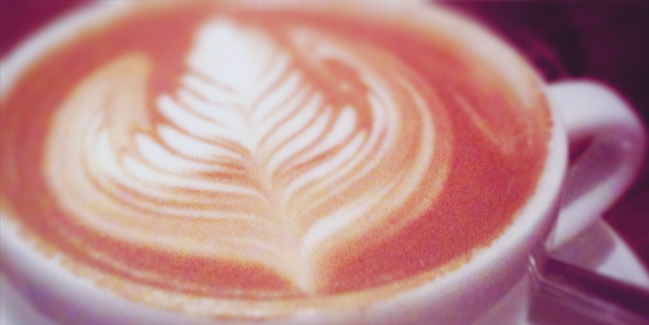 8. Notes Music and Coffee opened while we were away and we’ve been meaning to go there properly and hadn’t. So we went there for our final round of flat whites. And we shall return. This place used to be a classical music store, basically, and when that closed, instead of just opening it as something entirely different, the new owners have kept the music and films but added coffee plus food, wine, the whole shebang. I want to go back in the daylight and take some real pictures because the refit of the space is gorgeous. I can’t believe such a lovely space was there all along. Anyway, highly recommended. 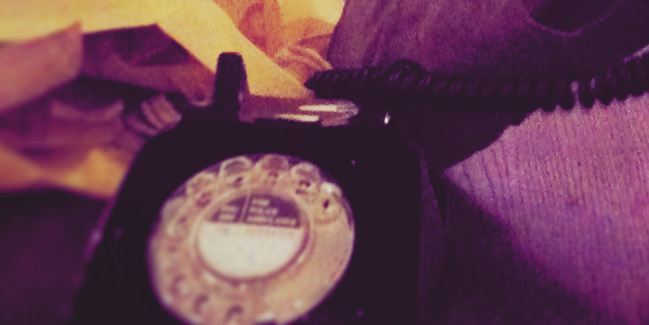 9. Eventually we headed home and hooked up one of my presents: an old rotary phone. I am very excited about this and hope people other than random sales robots phone it. Also we have realised we have a printing press, a typewriter, plenty of vintage cameras and now a rotary phone as working items in our home… so now I’m wondering what other obsolete appliances we need to collect and put to work. Suggestions on a postcard, please.

10. Throughout all this and all the other good things that didn’t fit in this list of ten, I was thoroughly spoilt and reminded that life is good and people are sweet and kind and inspiring. And sweet messages from near and far helped me put aside a few things that have been occupying too much of my head lately and for twenty-four hours, I didn’t think of them at all. Like the best present of all was this collective energy from everybody else putting my thoughts in order. And that may have left my brain clear enough to going around singing It’s my biiiiiirthdaaaaaay! with much excitement.

And these ten things made this day very good for my soul.

Now… what ten things are you going to share today? It can be absolutely anything as long as it’s ten!! When you’ve posted, leave a link below and have a very fabulous tenth of October!