paper: Weekly Challenge:: Make the most of your Title | pretty paper. true stories. {and scrapbooking classes with cupcakes.}

Weekly Challenge:: Make the most of your Title 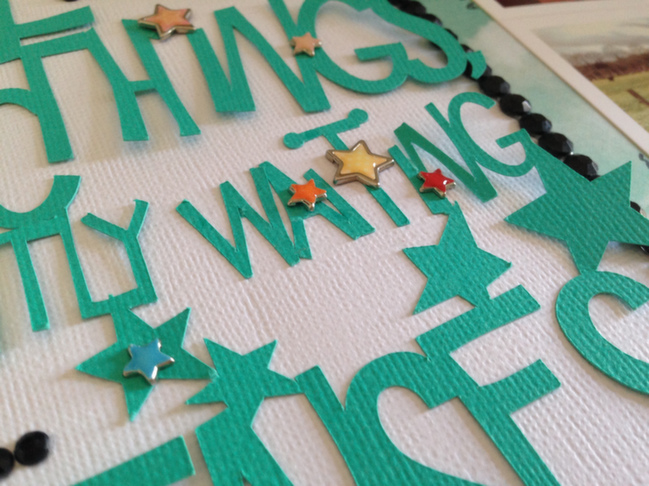 Shimelle asked me to take the reigns for the weekly challenge on here while she takes some well-earned maternity leave. Each week I’ll be taking a project from the Shimelle.com archives as inspiration for a layout and setting a challenge with a new twist.

Titles are often an afterthought for me, but when I saw this layout in which the title was the main design feature I knew I wanted to give it a go. I’ve been inspired by handcutting, like that of Rob Ryan, recently but as I am more likely to slice my fingers off wielding an X-acto rather than produce a beautiful piece of art I decided I would stick to my trusty Silhouette cutting machine. 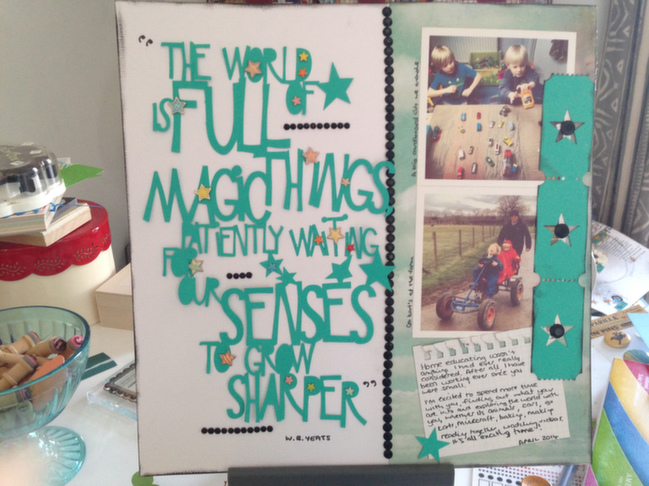 I found this Yeats quote in the Silhouette store, complete with my favourite design motif – stars. A quote of this size doesn’t cut well small, so I figured I might as well go for broke and have it lead the design like Shimelle’s page . I wanted to keep the look of a handcut piece, so I used a variety of star-shaped brads to attach it rather than glue, allowing it to lift and overlap on the page for dimension. 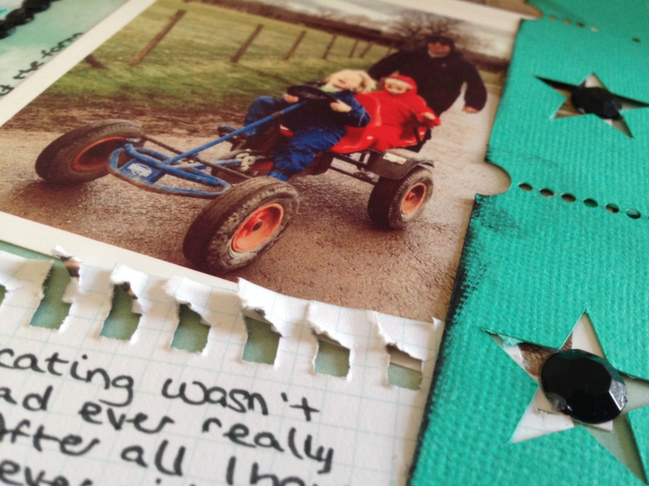 I paired this quote with some photos of my sons, and inked the page with black for contrast. I backed the pictures and journaling onto some cloud patterned paper from Crate paper, and finished with the teal blue star ‘tickets’ (also a Silhouette cut) and the black crystal border stickers.

Your challenge for this week is make a layout in which the title is a leading star in the design. You might use a long quote or the start of journaling, or just some really big lettering!

6 Comments for Weekly Challenge:: Make the most of your Title